Our group is always looking for bright and motivated PhD students. Join us! I’m an Associate Professor in the Department of Physics and Astronomy  at UNC at Chapel Hill. I’m also a faculty member of the Biomedical Research Imaging Center at UNC.

I was born in Solothurn, Switzerland, from Italian immigrants. When I was 8 month old my parents moved back to Italy, where I grew up. In 2002 I earned my BS in Physics from the Physics Department at La Sapienza (Rome, Italy). I was the first in my family to go and graduate from college. In 2006, I obtained a PhD in Biophysics from the same university, while working under the guidance of Dr. Bruno Maraviglia, Dr. Silvia Capuani, and Warren Warren, at Princeton University. During my PhD I worked primarily on the non linear spin dynamics generated by dipolar-dipolar spin interactions and radiation damping. In 2006, I started my postdoctoral training at Duke University and in 2009 I became an Assistant Research Professor. During this time I worked with nuclear spin-polarized nuclei such as  13C and 3He. In 2012 I joined the Physics and Astronomy Department at UNC at Chapel Hill.

Current Graduate Students In Our Lab Michele Kelley is a PhD candidate in the Department of Physics and Astronomy and a Royster Fellow. In 2019, Michele received the prestigious NSF graduate research fellowship for her work on understanding the origin of spin exchange optical pumping inefficiencies. Nick Bryden is a third year graduate student in the Department of Physics and Astronomy. This year Nick received the prestigious NSF graduate research fellowship for his work on the development of an MRI system operating at ultra-low magnetic fields. 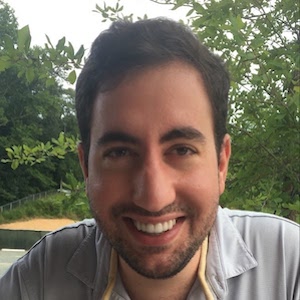 Sebastian Atalla is a second year graduate student in the Department of Physics and Astronomy. So far, his research involves pulse sequence programming for clinical MRI scanners and developing improved image reconstruction techniques.

Students That Graduated From Our Lab Andrew McCallister is currently working as data scientist at Afiniti.  Andrew started working with Dr. Branca in 2014 and graduated in 2019. As a Physics PhD student in our lab, Drew’s worked on the detection of human brown adipose tissue with MRI and PET, lung ventilation function in patients with cystic fibrosis with hyperpolarized xenon gas and 19F gas, and on the development of a new, more efficient, xenon gas polarizer. Michael Antonacci . Right after graduation in 2019, Michael joined the Physics Department at Saint Vincent College. As a PhD student in our lab Michael worked on a variety of different projects, from the development of an ultra-low field MR spectrometer, to studying the depolarization of xenon by dark rubidium, to the development of novel applications of dissolved-phase hyperpolarized xenon for magnetic resonance spectroscopy and imaging. Alex Burant is a faculty member of the Physics Department at the University of Arizona. He joined our group in the summer of 2013 and graduated in the summer of 2018. He worked on a variety of different projects among which characterizing the depolarization of xenon in magnetic field gradients as well as on characterizing the dephasing and depolarization mechanisms of hyperpolarized xenon near superparamagnetic iron oxide nanoparticles. Le Zhang . Le is currently working as MR physicist with Dr. Jim Pipe, at the Mayo Clinic. Le was our first graduate student. He began working in our lab in the fall of 2012. His research involved the study of the temperature dependence of the chemical shift of lipid-dissolved xenon and its application for in vivo thermometry.

Boris Mesits is a Physics major at UNC. He is currently working on the Earth’field NMR spectrometer project.

Thomas Richards is a Physics major at UNC. He is currently working on the Earth’s field NMR spectrometer project.

Jack Garside is a Physics major currently working on the analysis of images acquired with Positron Emission Tomography. Patrick Taylor is a Physics major at UNC. He is currently working on new ways to analyze diffusion and functional MR images of the human brain. He graduated in the Spring of 2009 and joined Dr. Yap group.

Elizabeth Smith  is a Physics major at UNC. She worked on the detection of white adipose tissue browning using xenon-enhanced CT scanning. Christian Browning  graduated from UNC in 2017 with a major in Physics. He constructed and tested our first  prototype of a portable, earth-field NMR spectrometer.He is now working as Data Scientist at Lowe’s Companies. Lucas Dehart recently graduated from UNC with a major in Physics. He started our work on a portable, earth-field NMR spectrometer. He is now an Associate Director at the Georgetown Learning Center in MaClean, Virginia. Nick Weimer recently graduated from UNC with a major in Chemistry. He is now at NC State earning a degree in engineering.  In our lab he has been using contrast enhanced ultrasound to measure blood flow to brown fat in different mouse strains.  He also worked on the quantification of xenon uptake in BAT  during thermogenesis. Kevin Montes  was a Physics major at Florida State University. He worked in our lab in 2014 with Alex Burant, for the Computational Astronomy and Physics (CAP) Summer REU Program. He worked on finite element analysis simulations of gas flow and temperature during SEOP, and his work was then presented  at the NSF CUR REU Conference. His summer research experience inspired him to seek research opportunities at UF. He is now pursuing a PhD in Physics at MIT at the Plasma Science and Fusion Center. Arjun Raghavan is a physics major at UNC. He has been working on a model of the lungs that could be easily scaled from mouse to human and that could be used in Monte Carlo simulations to understand helium and xenon gas dephasing in the heterogeneous lung environment. Paul La Fosse worked in Dr. Branca’s lab during his junior and senior year. With Michael Antonacci, he worked on the calibration of our small animal ventilator, which we currently use for small animal imaging studies with hyperpolarized xenon gas. He is now working at UNC as a research assistant. Ting He was a post-doc in our lab from 2012-2013, when she worked on the detection of BAT by using hyperpolarized 129Xe gas MRI. Now she is a member in Dr. Song Lab and her current research focuses on understanding how the neural circuitry mechanisms of serotonin regulate adult hippocampal neurogenesis. Carlos Floyd was an undergraduate at UNC majoring in Physics and Biology and a research assistant in our lab during his junior and senior year. In our lab Carlos worked on a variety of different projects, from modeling xenon uptake in brown adipose tissue to blood flow measurements in BAT by contrast-enhanced ultrasound. He is now at the University of Maryland at College Park, earning his PhD in Biophysics. Christian White is currently at North Carolina State University where is earning his PhD in  Physics. He worked in our lab during his junior and senior years on 129Xe gas hyperpolarization. His work led to a bump in our polarizer performace from 5% polarization to 14%!

Arjun Khanna was a chemistry and economic major at Duke University. He is currently at Harvard medical school. He was the first undergraduate working with Dr. Branca. He worked on a variety of projects, from the detection of brown fat activity with BOLD MRI to the construction of our small animal ventilator, which we currently use for ALL our in vivo animal studies with hyperpolarized xenon gas. Building the “beast” was not easy. You can find a pretty good description of what it is like doing research from his blog.

Edric Eun worked in Dr. Branca’s lab during his senior year at the North Carolina School of Science and Mathematics. He worked on the  Earth’s field NMR spectrometer project.

Theme by Anders Noren — Up ↑